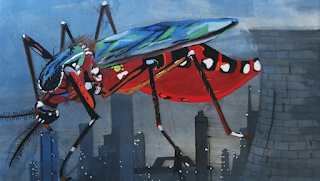 LEITH Festival is back after an inexplicable two-year hiatus, and here's CultFusion trotting alongside like the faithful hound it is! Scotland's most misleadingly named poetry night returns to the Persevere bar with a diverse array of poets - Vicki Feaver, Andrew Blair, Carly Brown and Rex Sweeny - plus an accomplished local singer-songwriter in the form of Calum Carlyle, with two or three other musicians chipping in. This year, for the first time, admission is free. Doors open at 6.30pm and it's worth arriving early to make sure of a seat. The event begins at 7.00pm, will have one interval and should end around 9.15pm. The address of the Persevere is 398 Easter Road, Edinburgh EH6 8HT. Here's the lowdown on some of the evening's performers… 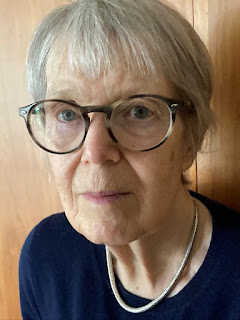 VICKI FEAVER is one of the UK's most respected poets. Her reputation rests on four collections, beginning with Close Relatives in 1981 and continuing with The Handless Maiden (1994), The Book of Blood (2006) and I Want! I Want! (2020). Over the years Vicki has won the National Poetry Competition, the Forward Prize for Best Single Poem, a Cholmondeley Award and a Hawthornden Fellowship, not forgetting her W H Heinemann award for The Book of Blood, which was also shortlisted for a Costa Award; and both The Book of Blood and I Want! I Want! were shortlisted for the Forward Prize for Best Collection. Her work has been described as "red in tooth and claw" but "also highly sensual and inviting, with a tactile quality"; Ted Hughes wrote of it as "thin beautifully etched ice over such deep shocking water". She is Emeritus Professor of English and Creative Writing at the University of Chichester and has lived in Scotland since she retired.  Hear her read some of her poetry here - and this archived interview is fascinating. 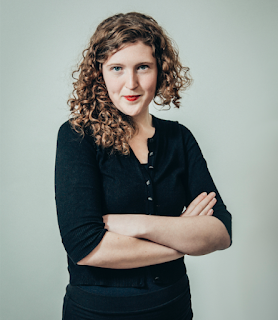 A Texan who's inhabited Scotland for the past decade, CARLY BROWN won Scotland's National Poetry Slam in 2013 and was subsequently ranked fourth in the world at the World Series of Slam Poetry in Paris. She's since performed at dozens of festivals and other events and published two short collections, Grown Up Poetry Needs to Leave Me Alone and Anastasia, Look in the Mirror (commended for the Callum MacDonald Memorial Award last year). She's now working on a debut full-length poetry collection about cosmic wormholes. "All of my work is infused with warmth and humor and underpinned by the belief that comedy can be a tool for communicating surprising truths and inspiring change." In the midst of all this she collaborated on a best-selling children's picture book and gained a Doctorate of Fine Art at Glasgow. Visit her website. There was a time when ANDREW BLAIR seemed omnipresent on the spoken word scene in Edinburgh (and perhaps also Glasgow). No open mic was complete without him, few live events weren't organised by him, and he became known as "the godfather of Edinburgh Poetry". Those heady years yielded the title of his full-length collection, An Intense Young Man at an Open Mic Event (2017). Andrew has performed on the bill at Flint & Pitch, Sonnet Youth, Loud Poets and goodness knows where else, has developed theatre and poetry shows at a grassroots level, formerly wrote for websites such as Den of Geek and Cultbox and was co-creator and co-host of the podcast Poetry As Fuck. "My work focuses on absurdity and melancholy, on repressed male anger and ego, on inanity and coping mechanisms. Also I am wide about poetry quite a lot." His short collection The R-Pattz Facttz 2020 was published in, er, 2020. Here's a slightly more detailed profile. Poems by REX SWEENY have appeared in The Dark Horse, Gutter, Poetry Scotland and a range of other periodicals that may or may not have been made up by him in a bid to impress the credulous. Spoken word events including Shore Poets and The Heretics have allowed him to do his stuff without sustaining any obvious reputational damage. His main literary credential is having spent nine months lodging with Boris Pasternak's sister in 1981-82. 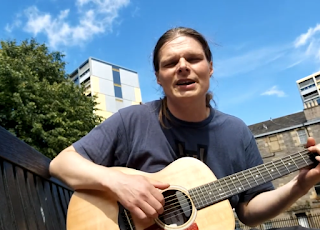 Originally from Orkney but now based in Leith, singer-songwriter CALUM CARLYLE has released no fewer than twenty digital albums of his work. "Quirky, prolific, controversial. Calum Carlyle inspires adjectives like no other!" He also hosts an offbeat weekly music programme on Spanish Rock Shot Radio. He's an engaging performer and we look forward to having him with us; meanwhile you can listen to him here, or indeed on YouTube. 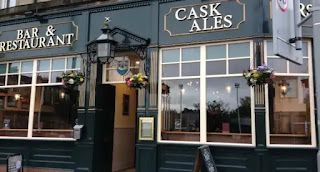 All in all, CultFusion #7 is shaping up to be an entertaining and rewarding evening and we hope you'll join us at the Persevere on 16 June to be part of it.

Also deserving congratulation are Finola Scott (guest poet at CultFusion #4), who was recently installed as Makar of the Federation of Writers Scotland, and Joy Hendry (guest poet at CultFusion #3 and a loyal supporter since) who was inducted into the Saltire Society's Outstanding Women of Scotland community in October, joining the likes of Nicola Sturgeon, J K Rowling, Annie Lennox, Lesley Riddoch and Jackie Kay. And quite right too!

Surely this proves once and for all that appearing at CultFusion is an unrivalled pathway to fame, fortune and the favour of the Saltire Society? 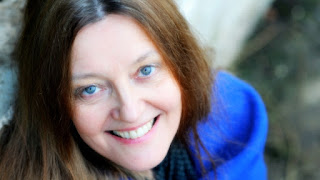 GERDA STEVENSON is one of Scotland's most distinguished actresses, winning a BAFTA Scotland Best Actress award in 1993 for her performance in the film Blue Black Permanent. She's also the founder of Stellar Quines (Scotland's leading women's theatre company), a dramatist and radio scriptwriter, a director, a singer-songwriter and an increasingly admired poet. Her first collection of poems, If this were Real, appeared in 2013 and was hailed by Ron Butlin in the Sunday Herald as "The best of the new in contemporary Scottish poetry - not to be missed." More recently she's been acclaimed for her collection Quines: Poems in tribute to women of Scotland (Luath Press, 2018) which was described by Lesley Riddoch as "a vivid explosion of thought, description and bold opinion…a wonderful, life-affirming book." Gerda's website is here. 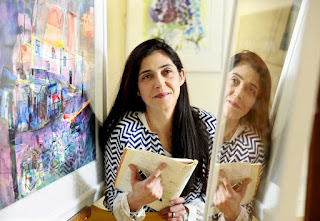 Daughter of an Iranian father and an American mother, MARJORIE LOTFI GILL spent half her childhood in Tehran before the family had to flee at the time of the Revolution. She then lived in San Diego, Washington DC and New York, moving to London in 1999 and to Edinburgh in 2005. Her poetry has been widely published and performed (not least on BBC Radio 4). Last year Tapsalteerie Press published her collection Refuge, containing poems reflecting on her experiences in Iran. Beth McDonough said of it: "Marjorie Lotfi Gill writes spell-bindingly well, her lines mapping four generations and three continents, her craft worthy of her story." Marjorie has facilitated hundreds of creative writing workshops for the public and is the founder of Open Book, promoting reading groups for the vulnerable and for adults in the community; she also chairs the Trustees of the Wigtown Book Festival. Visit her website here. 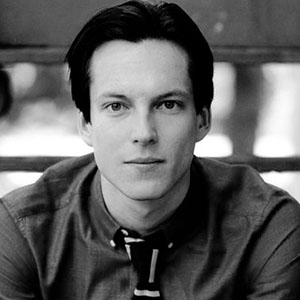 PATRICK JAMES ERRINGTON has published two short collections of his poems, Glean (2018) and Field Studies (2019) as well as winning or being commended for several international prizes. Canadian-born, he studied at the universities of Alberta, Columbia and St Andrews, doing a doctorate at St Andrews in poetic theory and enactive hermeneutics under the supervision of Don Paterson and John Burnside. The latter calls Patrick "a real find", adding that "the scope of his imagination, combined with psychological integrity and linguistic rigour, mark him out as a poet I'll return to again and again." He's also a translator from English into French and a former copy editor on the New Yorker and Vanity Fair, and presently teaches at several Scottish universities. Learn more here. 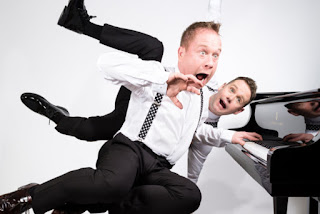 If REX SWEENY had a friend, they'd probably both look like this. 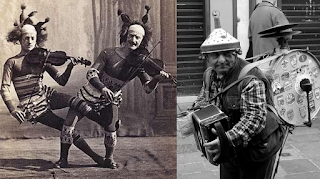 The CULTFUSION MUSICIANS are very well indeed, thank you, and there is nothing remotely strange about them and no cause for concern. 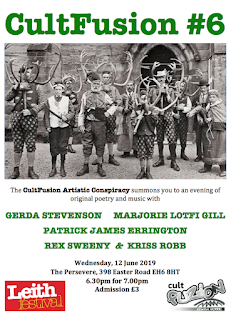 We very much hope you'll be able to join us for what promises to be a rather special evening.

CultFusion
CultFusion was originally a loose artistic collective, set up in 2010 in Leith, Edinburgh, Scotland. Sadly it became inactive almost at once, following the death of one of its founder members. 2015 saw the first CultFusion poetry event staged as part of Leith Festival, in the hope of breathing fresh life into the project. That didn't happen and CultFusion is now purely an annual poetry evening, though an increasingly popular one. 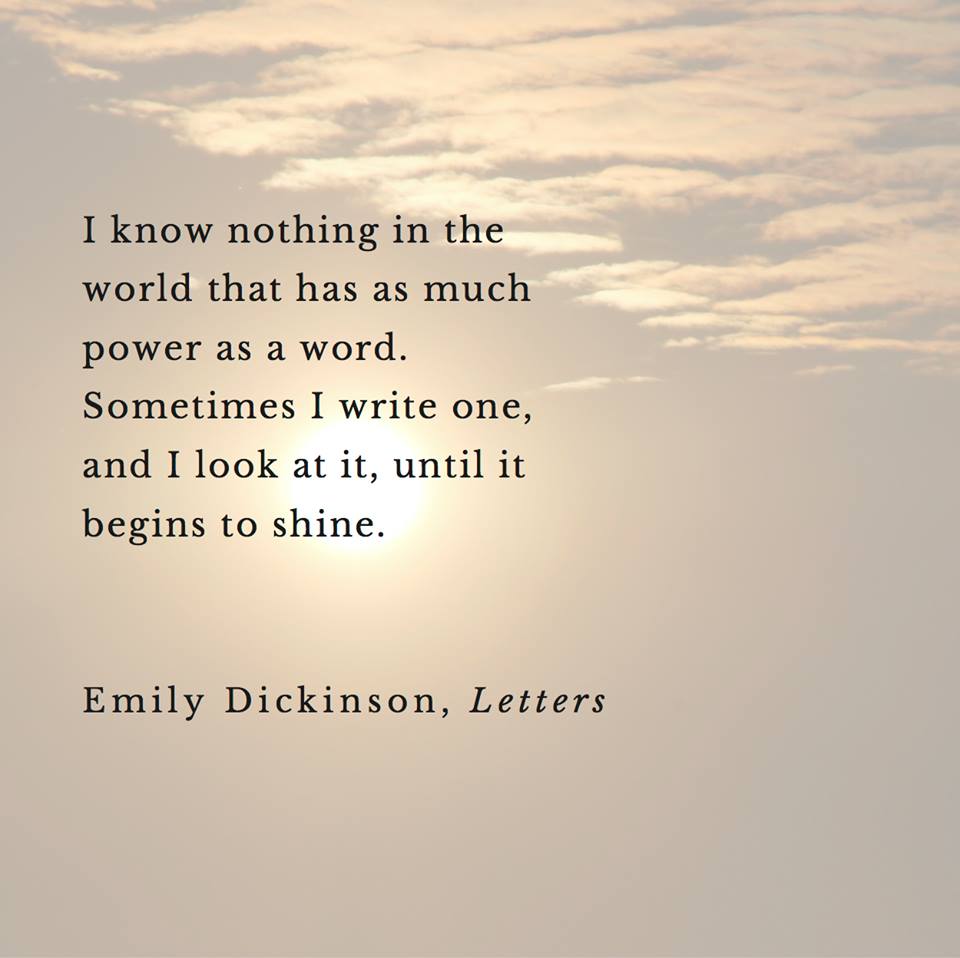